← back to
Seeing Red Records
Get fresh music recommendations delivered to your inbox every Friday.

Boatman's Toll - The Fat is in the Fire 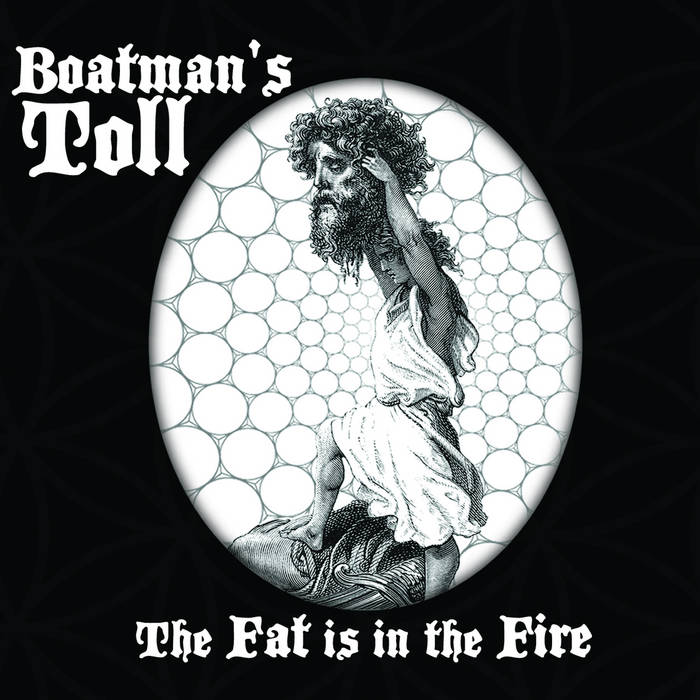 Metallurgical Fire This is a massive, untamed beast. It’s coming for you right now. Favorite track: Nothing Means Nothing.

MindOverFour Don't want to sound like a broken record reiterating previous FFO comments, but listen for yourself and track 2 will call to mind Soilent Green riffage, track 6 echoes Acid Bath, and track 7 is pretty Crowbar-y. But Boatman's Toll has more progressive songwriting and experimentalism than any of these groups, not being afraid to give us death metal riffs, black metal discord, and math-y transitions and breakdowns. Favorite track: The Fat is in the Fire.

Frederick Squier Good American Metal with a little of this, a little of that and a Boat full Of Solid Music. Favorite track: The Blue (Acid Bath cover).

Nicholas Underhay Such a brilliant and unique blend of so many styles and sub genres, this is an outstanding mix of proggy blackened, thrashy, grunge, sludge and a hint of death. Superb listen. Can't wait for more! 🤘 Favorite track: Torn.

"This Chicago band bring a heavy melody that will have your head banging and your mind swimming in beautiful sonic filth! "
- CVLT Nation
www.cvltnation.com/hear-the-rad-acid-bath-cover-from-boatmans-toll-the-blue/

"A potent mix of filthy sludge, aggressive death metal and infused with just a touch of stoner rock. "The Fat is in the Fire" has a number of fronts to attack on. Each track as vicious and pummelling as the last.
Yes, it is heavy, yes, it is relentless but with a varied approach, this isn’t an album that starts to get too sickly. In fact, its punches are direct and with purpose. Just listen to the first track to hear that. Riffs that blaze, gruff yet emotive vocals, a cleaner rockier soloing…it’s very effective."
- Games, Brrraaains, & A Head Banging Life
www.gbhbl.com/album-review-boatmans-toll-the-fat-is-in-the-fire-seeing-red-records/


Boatman's Toll is a five piece sludge/death metal band from Chicago, IL. The band self-released their debut album, The Fat is in the Fire, back in April of 2017. The album is a masterwork that due to it being self-released, was completely overlooked and undiscovered. Seeing Red Records are more than excited to be working with the band and to celebrate the band's signing, will release a Label Version of the album that includes a brand new song "Fossil" ( as a preview of what is to come ) as well as a stunningly accurate cover of Acid Bath's "The Blue."

Boatman's Toll is undefiniable. I hear the band's influences in moments, but as most great bands do, they never come off sounding like a clone of any of them. Musically you can tell how much of an influence Acid Bath has on the band. Boatman's Toll's blending of near Death Metal riffs with a Sludge-like mentality is quite unique and ever-interesting. Vocally, Barry Kotarba is a force! At times bellowing similar to Sludge forefather Kirk Windstein, Barry can seemlessly do it all - from death yells to melodic bellowing to captivating clean vocals, Barry's contribution elevates the band to another level. Whether it's the relentless riffs, pummeling rhythm section, blue-sy solos, or intense emotive vocals that appeal to you, Boatman's Toll has much to offer. The band have refined their sound into a potent mix of a Sludge, Death Metal, and Stoner Rock molotov cocktail!

For fans of Acid Bath, Soilent Green, Crowbar, Mastodon, and High on Fire

Parts of the record written by Tom Flanagan and Derek Bell

Bandcamp Daily  your guide to the world of Bandcamp